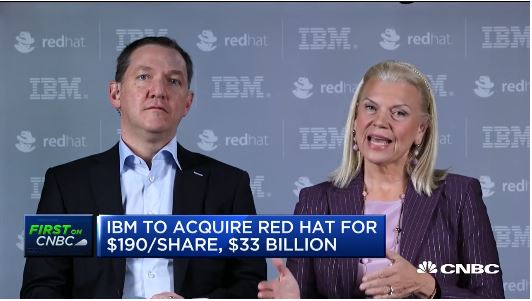 IBM is acquiring Red Hat, a major distributor of open-source software and technology, in a deal valued around $34 billion, the companies announced on Sunday.
According to a joint statement, IBM will pay cash to buy all shares in Red Hat at $190 each. Shares in Red Hat closed at $116.68 on Friday before the deal was announced.
The open source, enterprise software maker will become a unit of IBM’s Hybrid Cloud division, with Red Hat CEO Jim Whitehurst joining IBM’s senior management team and reporting to CEO Ginni Rometty. Read more…

A Vulnerability in Google Chrome Could Allow for Arbitrary Code Execution